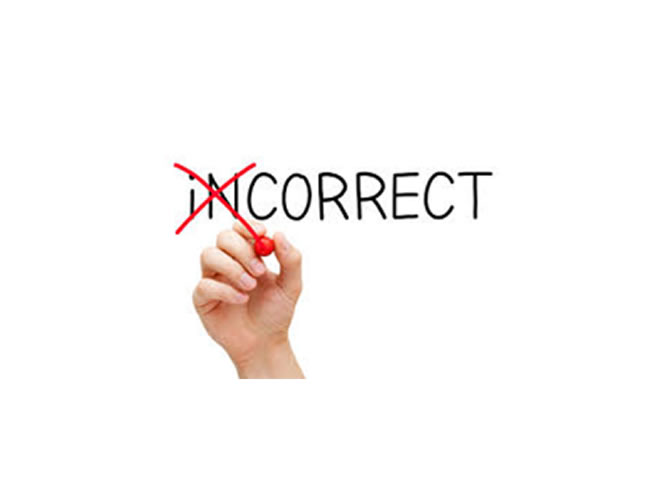 Why we need to correct Spanish students on the spot!

Have you ever sat in a conversation class and happily harped on for five whole minutes about your something or other, while the teacher and other students sat and nodded along? I bet you felt proud of yourself, right? After all, you’ve been studying for months and now, finally, you can confidently articulate your thoughts for five full minutes without making a single mistake. It’s a great achievement!

But here’s the cold, harsh truth my friend. It is extremely unlikely that you just spoke for five full minutes without making any grammar or pronunciation mistakes – unless you’re either level C2 and you don’t really need to be in that conversation class anyway, or you’re talking very slowly about the weather and boring everyone to tears.

Chances are, you made quite a few errors, but your ever so polite teacher didn’t want to break your flow, or rudely interrupt you, or embarrass you.

We’re all teachers here, and I know we’ve all been in the same position. Your student is so involved in what they’re saying, or excited to tell you about that funny thing their cat did the day before, or that amazing meal they had for a steal of a price, or how they managed to translate for their friends and they’re now even more inspired to keep learning. That last thing you want to do is correct their mistakes and deflate their confidence, or bruise their morale.

But here’s the thing. Not only do they desperately need those on-the-spot corrections, but they want them! I’ve lost count of the number of students I’ve had that say their previous teacher didn’t correct their mistakes and guess what, they changed the teacher.

Let’s use our beloved Spain as an example. The Spaniards learn English in school for years and years, but unfortunately they learn it as if they’re completely math equations. They fill in grammar gaps in sentences in textbooks and they learn words from reading them. Their pronunciation, as a result, has suffered enormously. Have you ever tried getting a Spaniard to say ‘sixty’, ‘fifty’, ‘sometimes’, ‘don’t’ ‘as’ and heard them say these words perfectly? Try it. Eight per cent of the time, this is what you’ll hear instead:

‘sicty’ (not sixty) – they’ve never practised with the ‘x’ sound. Nobody has taught them how to pronounce it and asked them to repeat until they had it right. That’s where you step in.

‘fitty’ (not fifty) – the ‘fif’ sound is incredibly hard for Spaniards. Their lips need to be trained into making this sound. This is your job.

‘sungtings’ (not sometimes) – make sure your students are putting their lips together to make the ‘m’ sound.

I could go on and on. You’ll notice lots of patterns after a few weeks of teaching Spaniards. When they make this mistake, don’t wait until the end of the lesson to let them know. Get in there straight away! Ask them to repeat. Ask them to repeat again. They might roll their eyes at you, but they’ll secretly thank you as soon as they can hear that they’re pronouncing it correctly for the first time ever. Don’t forget, after you’ve annoyed them with asking them to repeat until it’s perfect, to praise them. Watch their faces light up as you say something like ‘there you go. NOW you sound like a native English speaker.’ But don’t lie. Only say this if they actually DO!

The same with grammar. Are they using the present perfect all the time instead of the past simple? Or even more common, are they telling you a story about something which happened yesterday and using all their verbs in the present simple tense? Don’t let them! Get in there instantly. Fix the mistake, explain why it’s wrong (but please don’t recite an entire grammar book in the process of doing this), and then make them repeat the WHOLE sentence using the correct word.

This isn’t as easy as it might sound. Your students will be inclined to say ‘Ah, si, si….’ and then continue on with the story. That doesn’t cut it. Get them to repeat.

I cannot tell you how many Spanish teachers I’ve had that have been reluctant to fix my mistakes. Perhaps it’s something to do with social etiquette, who knows. I’ve asked them to correct me on the spot, but it’s still something I need to remind my teachers about constantly. I’m probably one of those students that teachers hate to have!

So, try it out! Then ask your students whether they prefer it and I’ll bet that they say they love it. Maybe not straight away, but eventually they will.

I am a 37 year old, female British English teacher with 15 years of teaching experience all over the world including Spain. I have taught in academies, universities, schools and businesses. I have a degree ..

Un comentario sobre “Why we need to correct Spanish students on the spot!”