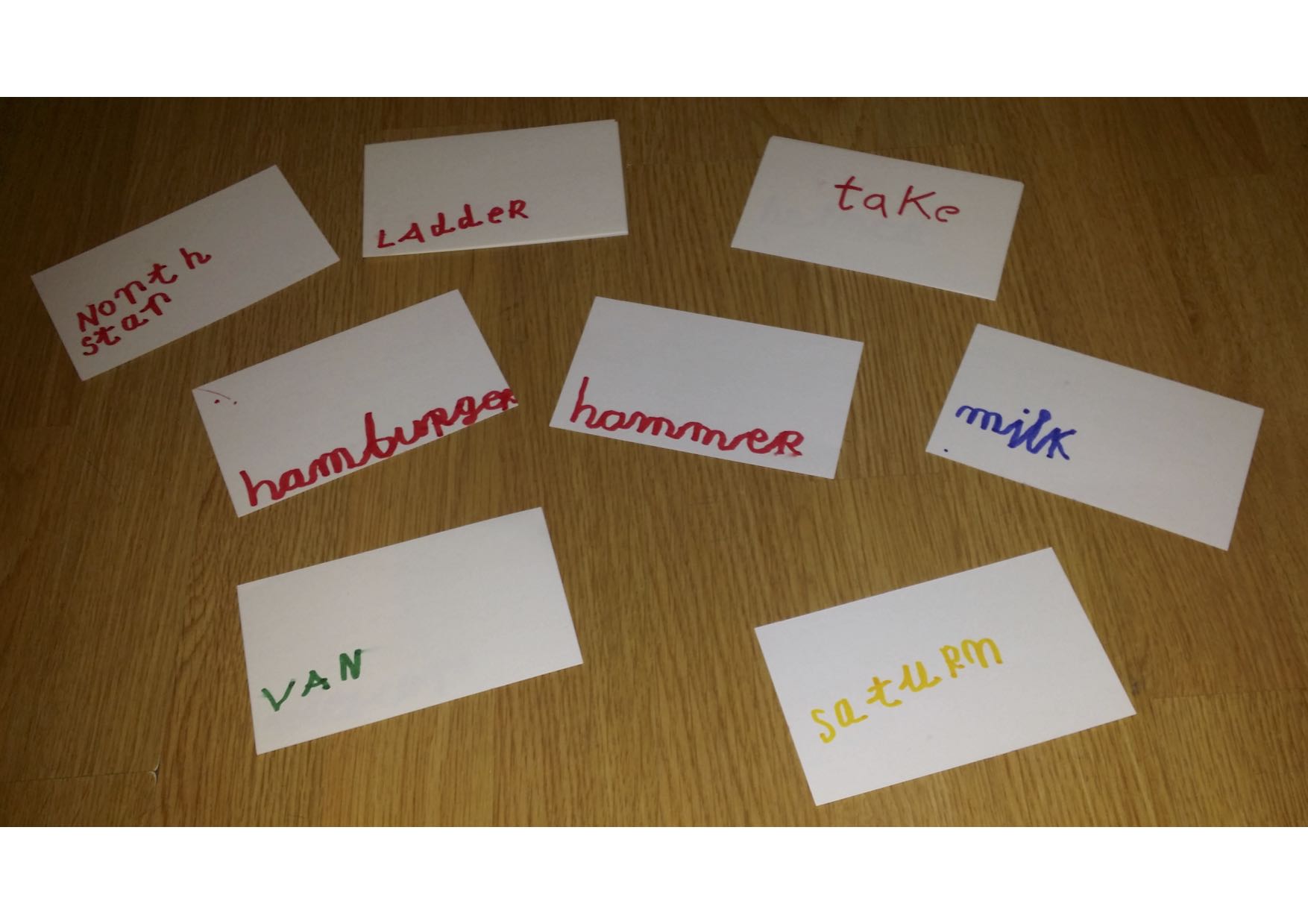 TEACH YOUR TOT TO READ ENGLISH AT HOME

This piece is written for any of you working parents out there who, like me, want to teach your young son or daughter to read in English, but have little time to spare. Whether you’re Spanish and are interested in giving your child a leg up in what will eventually be a challenging subject for them, given English’s inconsistent phonetic, and orthographic norms, or a native UK/US expat like me who has enrolled his child in the local primary public or private school, where the first order of business for the 1st year is to speak and comprehend English orally, and you don’t have the dosh to send them off to Runnymede or the British Council, you will probably have to home-school. This will take an effort, but the goal is not unrealistic. So here is a quick, rough guide based on my experiences in home-schooling my five-year-old Spanish-born son Gerardo, who has never received any formal lessons in English. He has had, of course, the advantage of having a native-speaking dad, with whom he chats and plays games almost daily. As such he arrives at this critical juncture in his education with some advantages non-native children don’t have, and can thus more easily connect with the sounds he reproduces off a written page with his well-stocked verbal lexicon. But whether your child is like Gerardo or not, at some point they will have to learn to read in English, and I hope these practical suggestions will be useful for any type of student.

Before I begin, some disclaimers are in order. First, my entire career in ESL has been in adult instruction. I do have a license from the state of New York to teach secondary level (nivel ESO o bachillerato) history and economics, and to obtain this I had to take a couple of courses in childhood development and psychology. And that’s about it. So I make no pretense of having any professional or academic preparation for teaching early childhood reading. I’m simply an adult teacher who, at best, has had ample time and experience to see what problems can arise in later stage English language learning, which often doggedly persist well into adulthood, unless some important matters of pronunciation and phonetics are dealt with early on. It’s this personal experience that has largely guided me in my quest to teach my son the rudiments of reading.

I finally decided to make a concerted effort to teach Gerardo about two months ago. Why then? Why not earlier? Or later? I have been reading to him in English since he was a year old. Goodnight Moon and Green Eggs and Ham have been old favorites of his. When he was about four I tried to get him to reproduce some of the sounds by deciphering the letters, but this proved too challenging. Then about two months ago, I walked in on him reading a short passage in Spanish, taking care to pronounce the ‘c’’s before ‘a’. ‘o’ and ‘u’ like a ‘k’. Well, I thought, he’s finally figured out what those symbols are for. Excited about the new prospects, I asked him if he’d like to apply some of his new skills to reading an English text, a challenge he eagerly accepted. So I went to his library and took out a reliable old standby, Hop On Pop, and placed the book, cover down, in front of him. “Hope Ohn Pope” were the first words to come out. He smiled broadly back at me, and I congratulated him. But I now had to be the killjoy to inform him that, in fact, he hadn’t read it correctly. So this first step in Gerardo’s 1000-mile journey on learning to read in English was to understand that English letters aren’t always pronounced in the same way as in Spanish. Most of time, of course, they are…but not always. First he would have to deal with those pesky short vowels, as in the ‘u’  in “pup”, or the ‘i’ in “hill”. His first reaction was, of course, mild disappointment. But with a few well-chosen words I was able inspire him a little: “Yes, some of the letters are pronounced differently. But with a little effort you can learn this. It may not be easy, but it will be fun. “ And he saw the light.

I knew nothing about teaching primary school level reading. So my first step was to go to Amazon in search of some ready-to-use off-the-shelf  books and guides for both teachers and parents. So far I have used three series: Usborne Phonics Readers, Read with Oxford (by Julia Donaldson) and Read it Yourself published by Ladybird Education. If you have a Prime account you can receive these in 2 days.

I first tried the Usborne series, whose 12-book collection features a quick explanation of the “synthetic phonics” method. I read aloud a few stories to Gera, but he simply could not remember any of the pronunciations, even for short monosyllables like “cat” and “mat”. The stories were entertaining enough and he loved anticipating the various plot twists, but I think these books were throwing  too much at once. I sampled some of the potential sight words to be learned in just one title, Fat Cat On a Mat, and found some composed of just one-word phonemes that would be very accessible to a beginning reader, such as “fat”, “cat” and “mat”, but also others that included harder 2-word phonemes such as “groans”, “stuck” and “today”. This is not to say that Usborne is not right, but simply that it didn’t seem a good fit for Gera at precisely the moment when he was beginning to read English with only limited experience in deciphering Spanish phonemes. Eventually, after Gera had had sufficient practice in the easier phonemes we went back to Usborne and he was able to read a couple of them.

So I decided to give another series a try and I found the Oxford one. It’s entry caught my eye because of the hundreds of 4 and 5-star reviews from both teachers and parents. I ordered the Songbirds series (stages 1 and 2) by Julia Donaldson. Each of the 12 books in the collection begins with a quick summary on back of the front cover of the phonemes to be covered in that volume, some suggestions for practicing them with the beginning learner, and some potentially challenging words that will be encountered in the story. The range of phonemes covered in Stage 1 is much more constrained and manageable, and Gera seemed to take to this series for the simple reason that he seemed not as daunted by the language. And, with the comprehension questions provided with the pronunciation guide, I was also able to see that he also understood the text.

Another series I have been using is Read It Yourself, by Ladybird. Like the Oxford series, the books are classed by level and written using many short high-frequency words with accompanying pictures to help with comprehension. The parent/teacher guide on the back of the front cover provides some useful tips and guiding questions, but isn’t as thorough and systematic as Donaldson’s. But Gera likes the Ladybird series because they deal with topics and characters he’s interested in, such as dinosaurs, space travel, Peppa Pig, etc. I would suggest getting one book from each series (3 to 5   each on Amazon.es), trying them out both with your child and then deciding which works best.

As a native North American, I’m able to guide my son through the phonics exercises and correct his pronunciation where necessary and appropriate. This is absolutely essential because unless bad habits are corrected early they become ingrained and can seriously complicate learning and comprehension later on. So if you’re not native, I can suggest these two options:

As already been commented in an earlier piece in this blog, you will also have to find ways to keep your child motivated and self-disciplined. Here is a partial list of useful tips:

Gera has now finished stage 2 in the Songbird series. This means that he can now recognize and reproduce the short vowels. In stage 3 he will be extending his knowledge of some double-consonant phonemes like ‘sh’ and ‘th’, diphthongs and consonant clusters. He’ll also be reading slightly longer stories that will require more attention. He’s got just enough tools in his kit to read some of his old favorites like Green Eggs and Ham and The Very Hungry Caterpillar, with some help from me with the word, “caterpillar”. The 1000-mile journey continues.