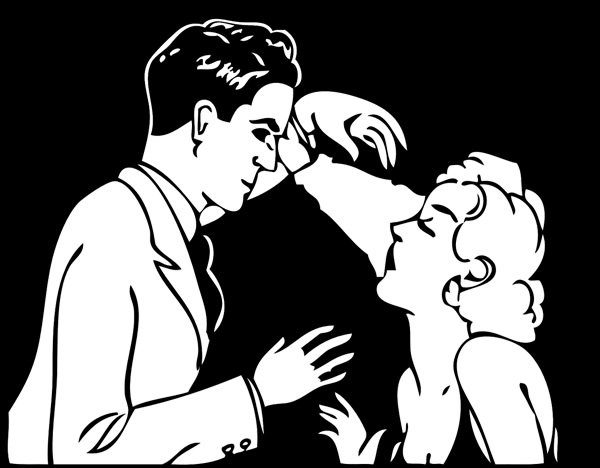 Let me first tell an anecdote. This was not a scientific study but simply an experience that I believe most language teachers will be able to relate to in part, and in that spirit I share it.

Carmen was a 40 year old student who came to me after seeing one of my ads. “Aprende inglés con Hipnosis”. She had been studying English on and off for nearly 35 years but when I met her she was unable to construct simple answers to questions that a half decent pre intermediate student would have been able to answer easily. I observed she was clearly nervous and muddled and not enjoying the experience. With my hypnotherapist hat firmly on I asked her about her history of learning English and very soon she mentioned her first English teacher, Miss White who had been a horrible “old maid” and who Carmen did not get along with even though she had her as an English teacher for 8 years: 5 to 13 years old. As a certified clinical hypnotherapist I knew instinctively that here probably lay the problem. It had nothing to do with phrasal verbs or a lack of vocabulary or an inability to understand basic grammatical structures. The barrier was a past experience that was still spilling into the present. A conscious memory that was unconsciously blocking Carmen’s ability to progress. No matter who her teacher was, Carmen was still that disobedient, surly little girl who hated her English teacher.

Clinical Hypnotherapy is a little like being Sherlock Holmes however you are not solving crimes committed by a psychopath criminal. The detective work is to find the cause of the problem that the subject is complaining of. To be a sleuth of the unconscious mind. As a hypnotherapist many patients come to me with the desire to give up smoking but are unable to and then I find out that they are heavily in debt, going through a divorce and about to lose custody of their kids. Who is going to successfully give up smoking with all that going on in the back ground? Another example might be somebody who has a fear of flying. They have never been in an air accident and do not know anybody who has, but strangely enough their mother‘s second husband was an airline pilot and the child and step father had a fraught and difficult relationship. Any wonder?

Sherlock Holmes. “Once you eliminate the impossible, whatever remains, no matter how improbable, must be the truth.”

After a simple hypnotic session of only 30 mins, which focused on her past experiences of English classes and I aimed Carmen’s therapy at forgiving her overly judgemental child hood English teacher Miss White and helping Carmen to get over her experience and to re associate learning English with having fun, accepting her mistakes as part of the process and not judging herself for committing errors and assisting Carmen to realise that she was completely capable of functioning at a high level in English, I was amazed at what transpired next.

Before putting Carmen into a hypnotic trance at our first meeting and suggesting new associations to interrupt her pattern of negative unconscious behaviour, she had told me that in class she had previously been despondent, unable and unwilling to answer questions or to even participate in class and that she had already been approached by her teachers who had expressed concern about her painful shyness and her almost aggressive non participation in class.

When I met Carmen 2 days after our first Hypno English class she was grinning ear to ear and notably excited to tell me about something. She then recounted that she had gone to her Escuela Oficial de Idiomas English class where her teacher and classmates alike had asked her what had happened to have a more positive demeanour in class; more participative, her hand in the air, eager to answer questions, clearly open and with a positive attitude. From their perspective a 180 degree turnaround.

That for me is a triumph. Most of my students do not actually have a problem with grammar or vocabulary. They suffer from an unconscious bad attitude, undue embarrassment and fear of humiliation. They shy away from opportunities to use or practise their English which is like to a driving school student who is too scared to even get in a car to practise.

This phenomenon has nothing to do with the English language. This is a psychological and emotional issue but as EFL teachers we are not supposed to delve, nor are we trained to deal with these issues. No amount of gap fills or role plays is going to shift this resting state many ESL students apparently live in.

I do believe that hypnosis is a complimentary tool to be used in the classroom alongside more traditional methods.

Hypnosis can also help with memory capacity and retention, a common complaint from students especially older ones.

I have accumulated over 15,000 hours of invaluable classroom experience. With more than 15 years’ experience as a CELTA/TEFL qualified English Teacher I have taught in-company and in academies at all levels including preparation for First, Advanced and Proficiency exams as well as other certificates.